Q. Do you have any information on Fordson Tractors manufactured for Britain during WWI?

During WWI Henry Ford and Son built 7,000 tractors for Great Britain to help alleviate their food shortage by mechanizing food production. Ford shipped the first tractor October 6, 1917 and completed the order in April 1918. 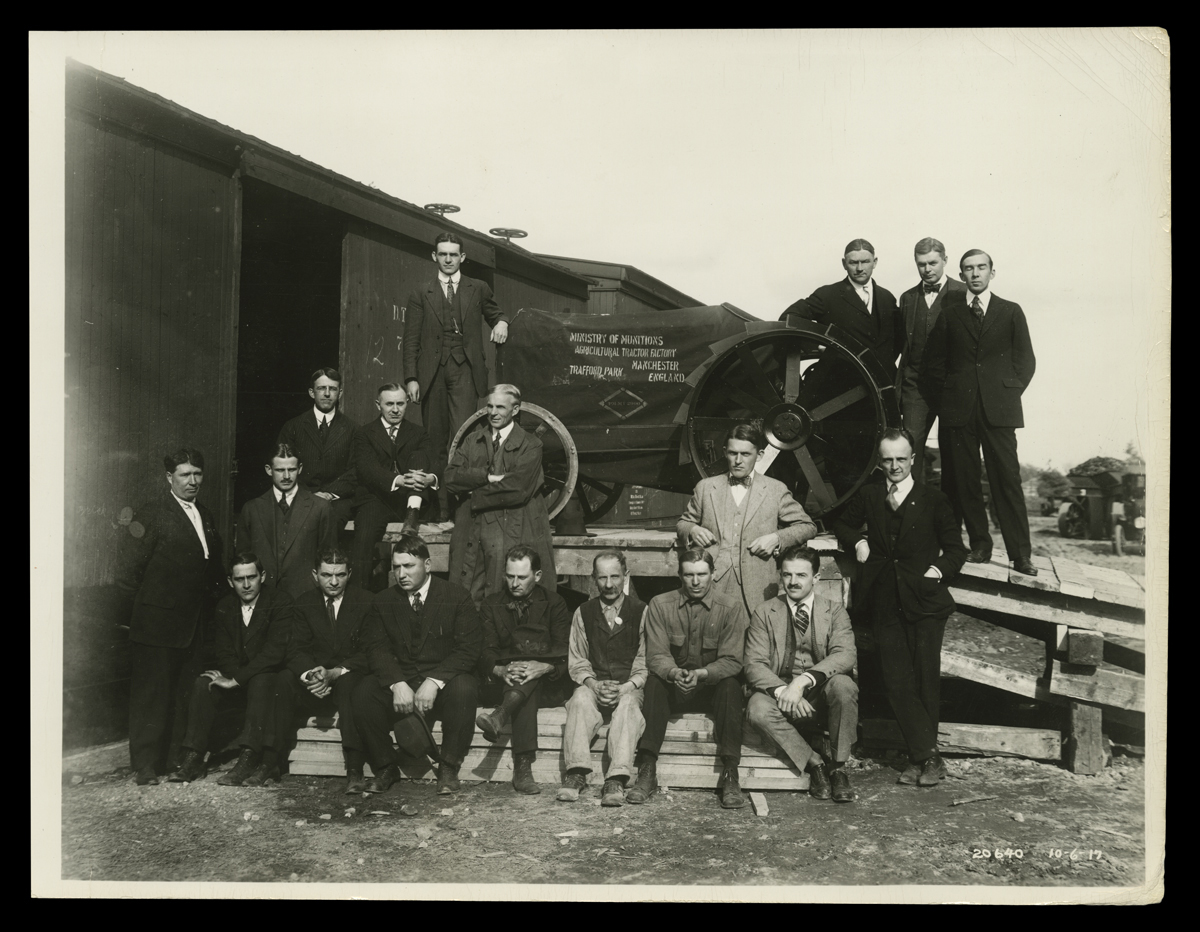 Ford had early on planned to build tractors and began erecting a tractor plant in Dearborn in 1915 where he worked on experimental models. The site produced a number of prototypes that were used on Ford Farms and were demonstrated at State Fairs and Agricultural societies in the U.S and abroad, but no production tractors had been manufactured leading up to WWI. 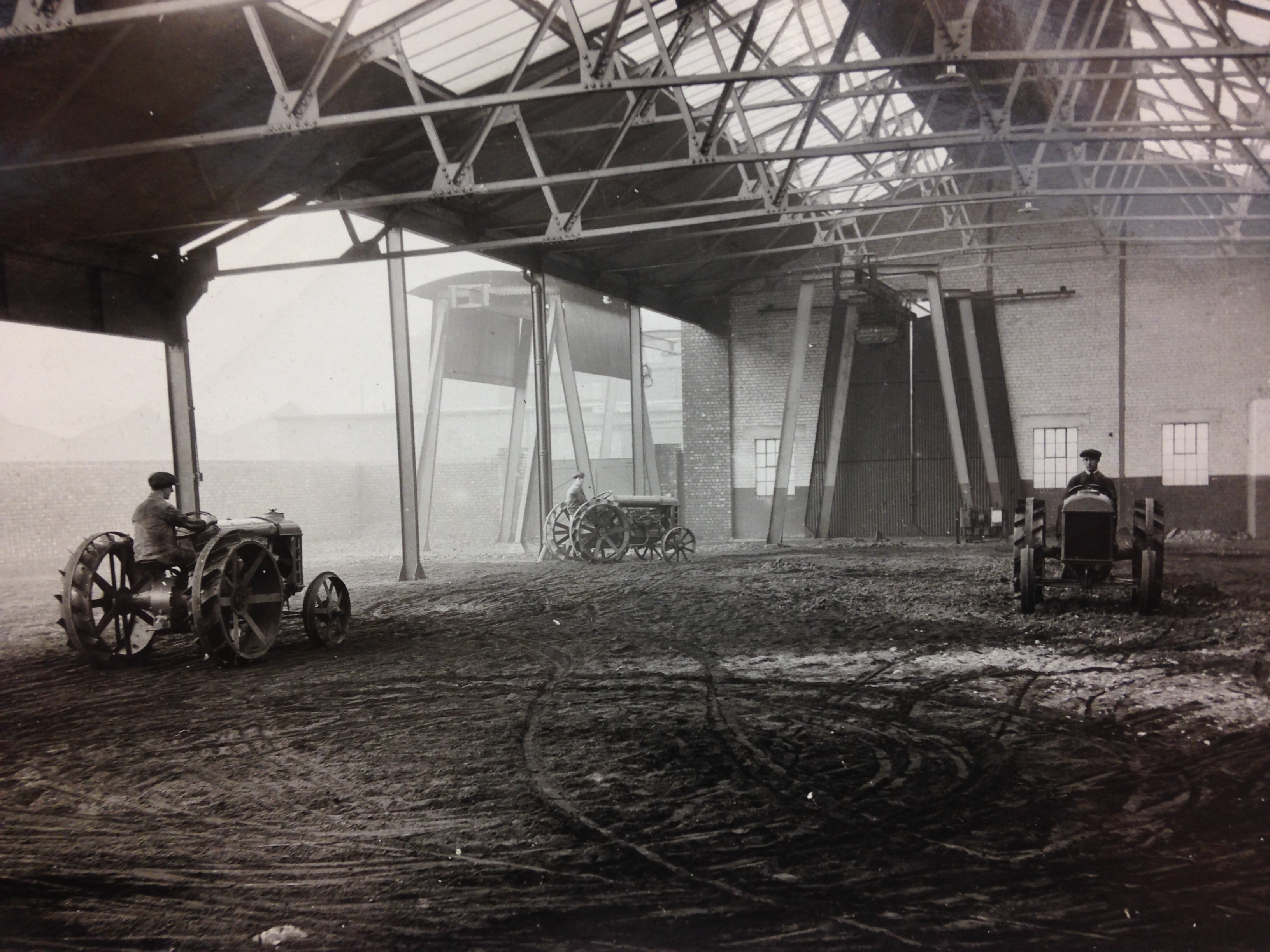 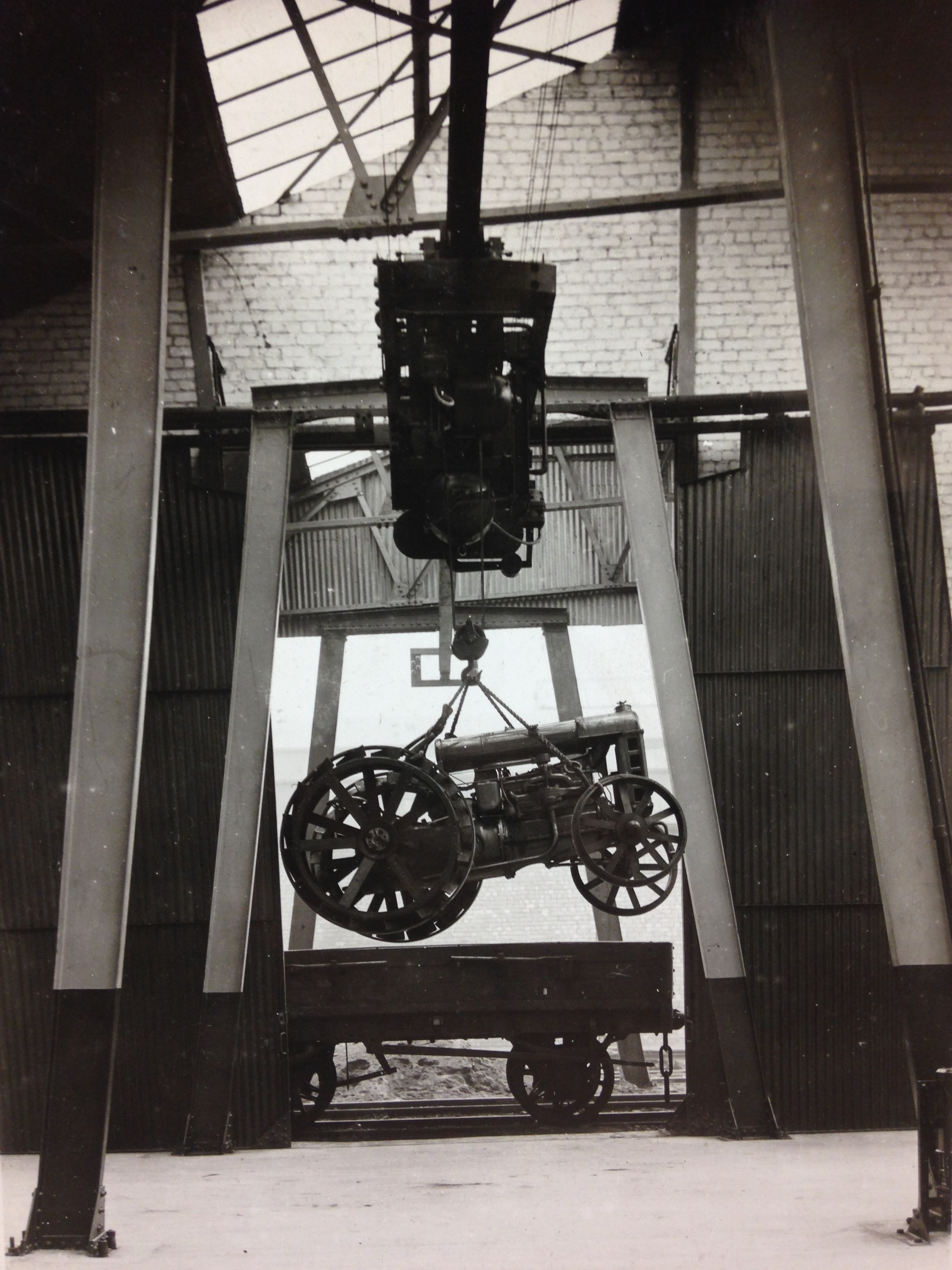 Meanwhile in Europe, WWI was beginning to create food shortages in England. The country had focused mainly on manufacturing, and imported much of its foodstuff, however with ships tied up in the war and U-boat warfare making importation difficult, Britain needed to mechanize their food production to raise higher yields. Ford was already in communication with Lord Percival Perry, head of Ford of England, about plans to build a tractor plant in Cork, Ireland and in 1917 Perry purchased land to build the plant and construction began. However, due to various factors the factory was not completed until 1919 and was unable to produce for the war effort. Perry wrote to Edsel Ford in April 1917 asking him to send Charles Sorensen, head of tractor production in Dearborn, along with drawings, and equipment specifications to build a tractor plant in England to build Fordson tractors. Ford immediately agreed and in May sent over a delegation of tractor plant executives to work out a plant and production flow. The party arrived and started work but plans were again disrupted by the war; air raids in June shifted Britain’s manufacturing efforts to aircraft production and Perry and Ford were informed by the government that tractor production in England would not be possible. 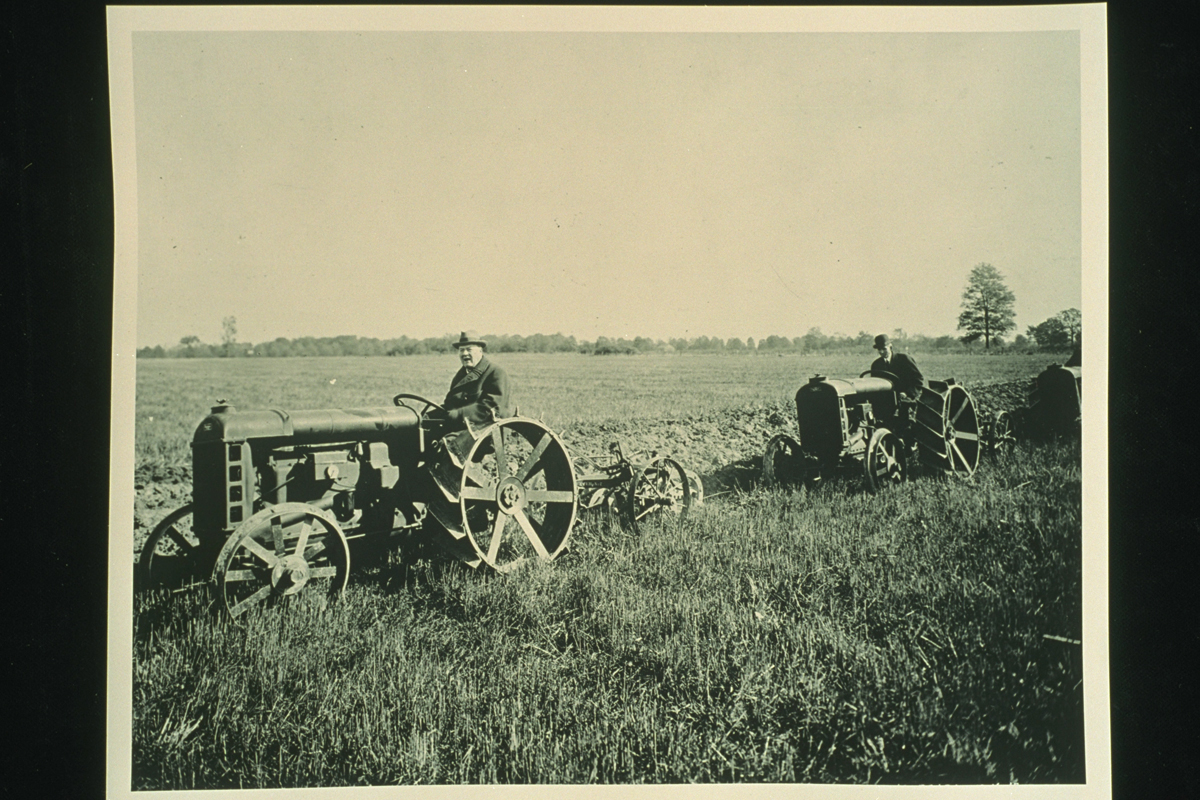 Perry and the Ministry of Munitions, realizing they still needed tractors, asked Ford to produce 6,000 tractors in Dearborn to be shipped to England. Ford was hesitant to agree, stating his tractor was not yet ready for mass production, but British Government officials told him they couldn’t wait for the perfect tractor. In June, 1917 Ford and the Ministry of Munitions came to an agreement and soon Henry Ford and Son was incorporated and production of Fordson tractors began. The first tractor was completed in October 1917, with 254 completed by the end of the year. Production picked up in January 1918 and by April all the tractors, 6,000 assembled, and another 1,000 in parts, had been delivered. A few months after the war ended, H.C.B. Underdown from the Ministry of Munitions wrote to Ford of England thanking them for the tractors, “I would especially refer to the efficient way in which your firm, as contractors to the Ministry carried out the assembly of the Fordson Tractors which Messrs Henry Ford & Son so magnanimously supplied to the Government at cost price. But for your co-operation the Country’s needs as regards its food production campaign could not have been met, and the food crisis would in all probability not have been surmounted.”