Q. How do I find materials in the Henry Ford Office Papers? 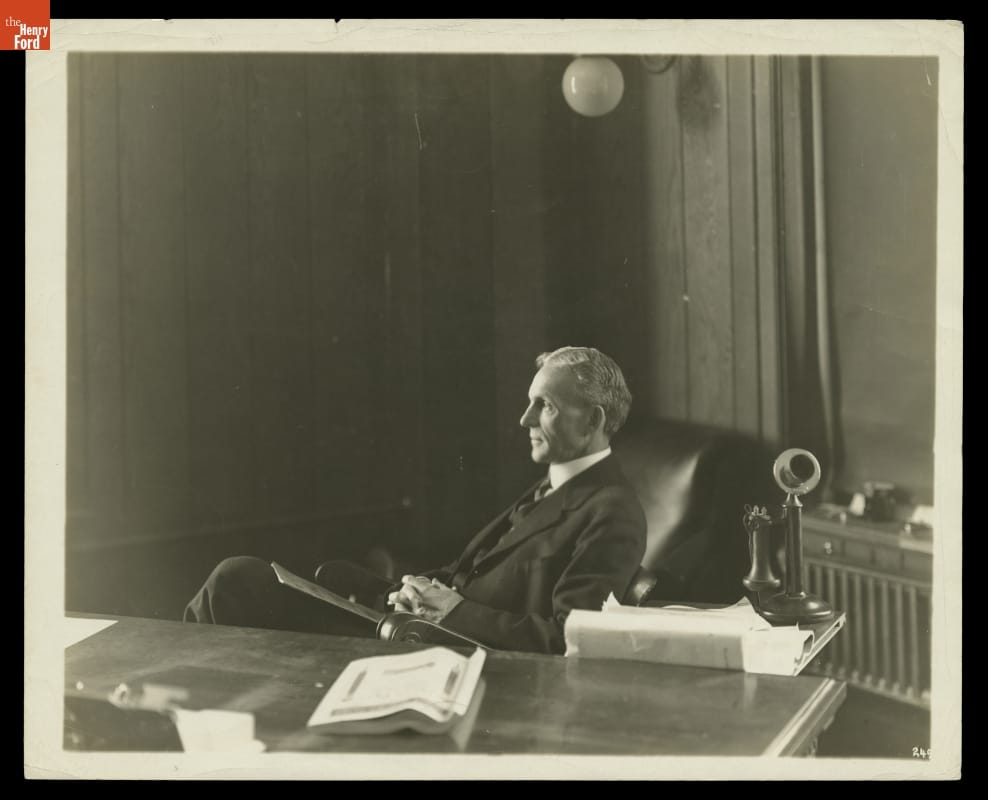 The Henry Ford Office papers span roughly 1902-1952 with the bulk of the collection from 1920-1947. The papers are contained in multiple accessions:

Ford Motor Company went through several office filing systems during Henry Ford’s time and in order to find correspondence in the above collections a researcher must understand and use the filing system in place in that specific accession. The guidelines below will help you locate materials based on time period of the correspondence. Please note, the majority of correspondence was filed according to the rules below, however there were exceptions made, and sometimes rules weren’t followed, so you may have to look in multiple files to locate correspondence. Also note, that while some filing systems used subjects, many did not and filed materials solely by correspondent.

1902-1921
Accessions 2, 62, 23, 284, and SE007 are arranged by basic “in house” filing system. Up until 1914, each folder heading was given either a subject, personal name, or business name. Starting in 1919, these types of files continued, but file headings under “A, B, C,” etc. were added in. Subjects, personal names, and business names were filed under the corresponding letter (by last name of a person, or first word of a business name). These letter files were interfiled with the full subject heading files.

1930-1950
In 1930, the company switched to the Amberg filing system. This system was purely alphabetical, based on the first letter of an individual’s last name, or the primary letter of the first word of a company name (the first name of an individual or second word in a company name had no bearing on the filing). This system used multiple subdivisions under each letter (those these subdivisions were not fixed and might vary slightly in different years).(examples: Cornelius Hutchinson would be filed under: HUT-HUZ, Steel Manufacturing Co. would be filed under: STED-STEE)

1950-1952
Ford Motor company again switched their filing system in 1950 to another in-house system. This system was again alphabetical and correspondence would be filed under the last name of the individual or the first word of the company name with there were also additional files and subdivisions for correspondence such as “A” “AM-AZ” etc.
(example: Cornelius Hutchinson may be filed under Hutchinson, Cornelius or H-HU, Steel Manufacturing Co. might be under Steel Manufacturing Co. or S-TH)

In addition to the above Henry Ford Office paper accessions, some business material can be found in Henry and Clara Ford's personal papers in Acc.1 Fair Lane papers which is arranged mostly by subject.

Finding aids are available for further materials relating to Henry Ford. If you can't find what you're looking for, please feel free to AskUs or email us at research.center@thehenryford.org.