Q. What information do you have on Ford Village Industries?

Henry Ford started purchasing land for his Village Industries in 1918 and the first plant opened in Northville, Michigan in 1920. His plan was to decentralize operations and provide work to rural populations during the winter months while still allowing farmers to work in the fields during summer. In all, Ford opened 20 Village Industries between 1920 and 1944 with the goal of uniting industry and agriculture. 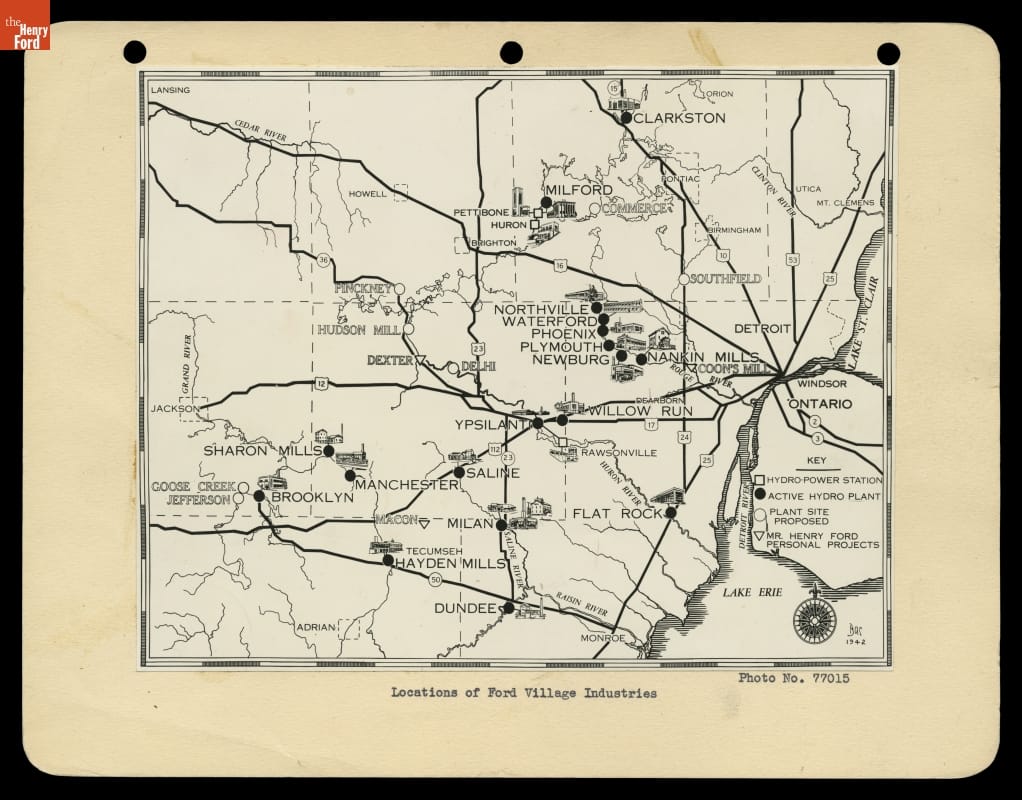 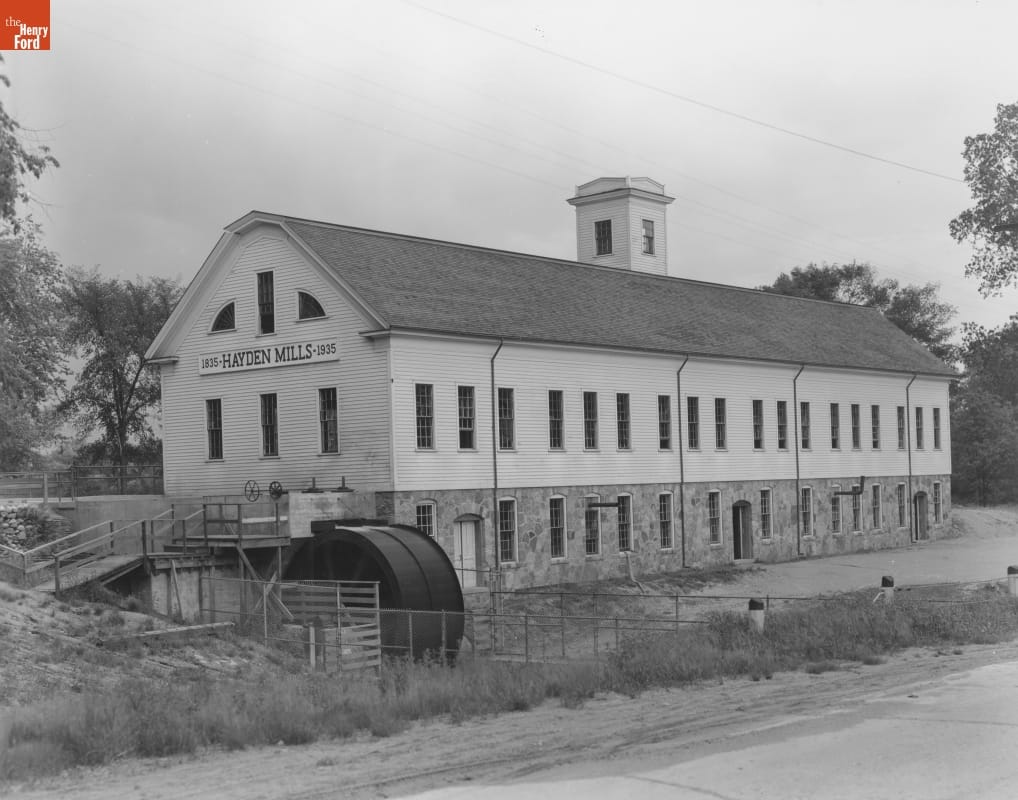 Most of the Village Industries plants were located within 50 miles of the Rouge plant in Dearborn. These were all small villages, or rural locations, and most plants were located on water with the intent of utilizing hydropower to power the operations. While the original plan was to allow workers in rural areas to work in the fields during summer and the factory during winter months, this didn’t completely work because busy factory times were often spring and fall coinciding with planting and harvest, and many workers preferred to stick to one occupation or the other. In 1928, the practice of regular summer leaves was dispensed with and by 1944 farmer leaves were no longer a practice. Ford believed employees should be involved in every aspect of production so they would understand all the processes and plants would run more economically. Workers in these plants continued this practice until Ford Motor Company signed their first contract with the UAW in 1941, which stipulated that all employees were to be assigned a classification and were not expected to do work outside that classification. Work continued in the Village Industries plants after the contract was signed, but workers were assigned specific tasks. 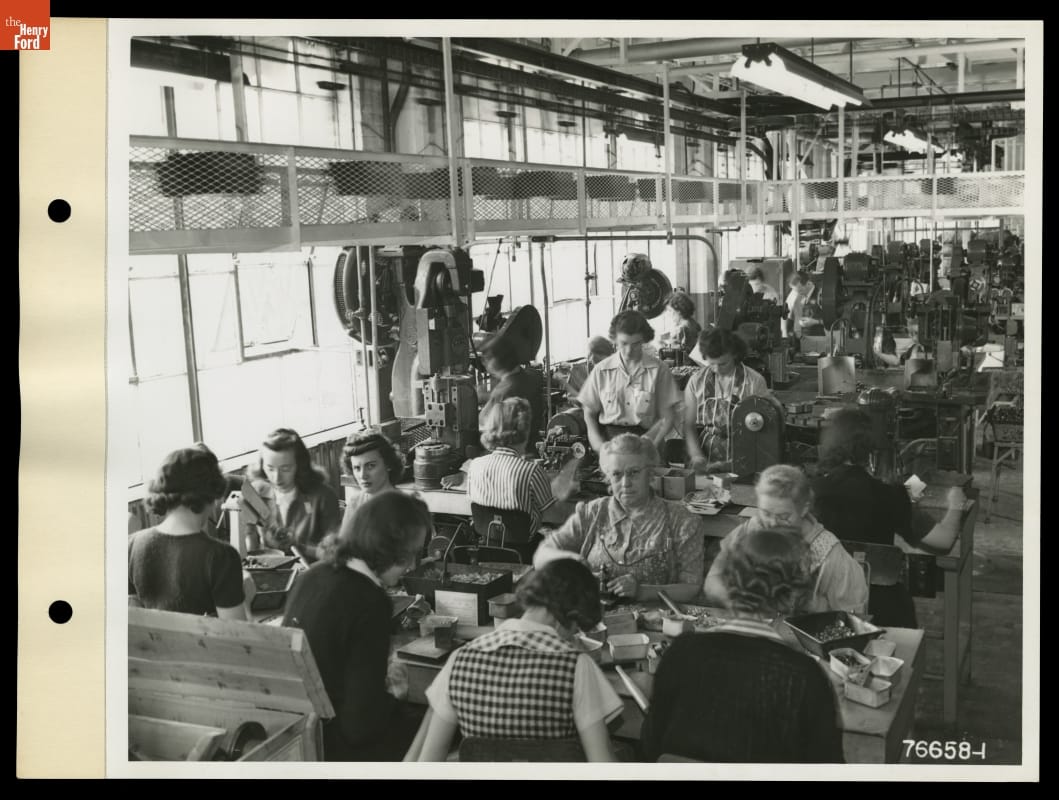 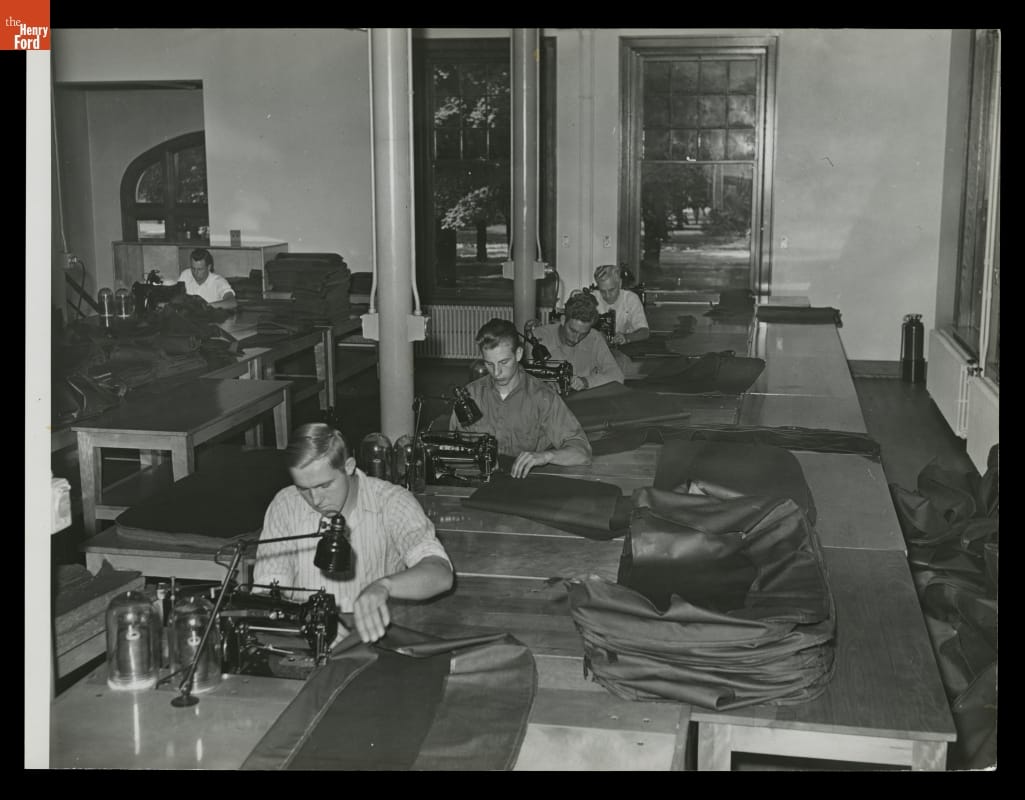 An important goal of Village Industries was to help the community help itself. To work in a plant one had to be a local resident for at least six months ensuring locals got work and not outsiders. In these communities Ford also refurbished old schools, or built new ones which then became part of the Edison Institute school system. He also sometimes built churches, some of the Martha-Mary chapels were in Village Industries communities. In the 1930s, community houses were also built in many of these areas and members of the community, including school children, were included in Ford’s Employee Gardens program. Ford installed new water works and improved lighting in almost every community where a Village Industries plant was set up. The overall goal however, was to help people help themselves rather than establishing model towns. 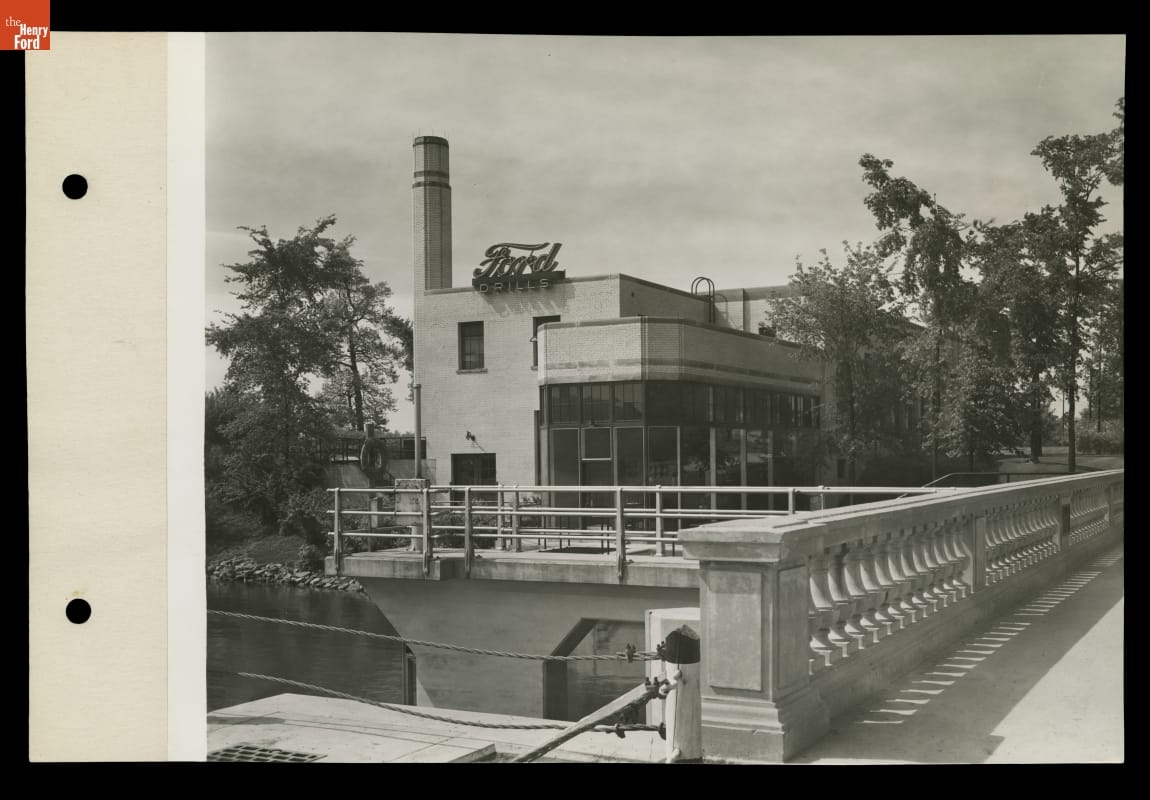 Village Industries were never as profitable or efficient as Ford had intended them, although they fulfilled their function into the 1940s. With WWII and the switch over to wartime production the role and needs of the Village Industry plants shifted. When Henry Ford II became president of Ford Motor Company in 1945 he began looking for ways to save the company and started to end operations that weren’t performing well and the Village Industries plants soon began to close down. Most of the plants closed during 1945-1947, although some remained in operation, supporting manufacturing at the Rouge into the 1950s and 1960s.

4. Plymouth
Opened: March 1923
Closed: 1947
Output: Generator cutouts until 1924, then taps (during WWII taps for government vehicles and parts
for Pratt and Whitney engines)

7. Ypsilanti
Opened: September 1932
Closed:
Output: Starters and generators (during WWII starters and generators for government vehicles, dies
for bomber plant, and parts for Pratt and Whitney engines)
Notes: Designed by Albert Kahn and was largest of the Village Industries. HQ for Outlying Plant division.
Made HQ for new Parts division 1947

Acc. 189 Photographs for the Company
(search for individual plant names)