Q. Do you have information on Shelby racing? 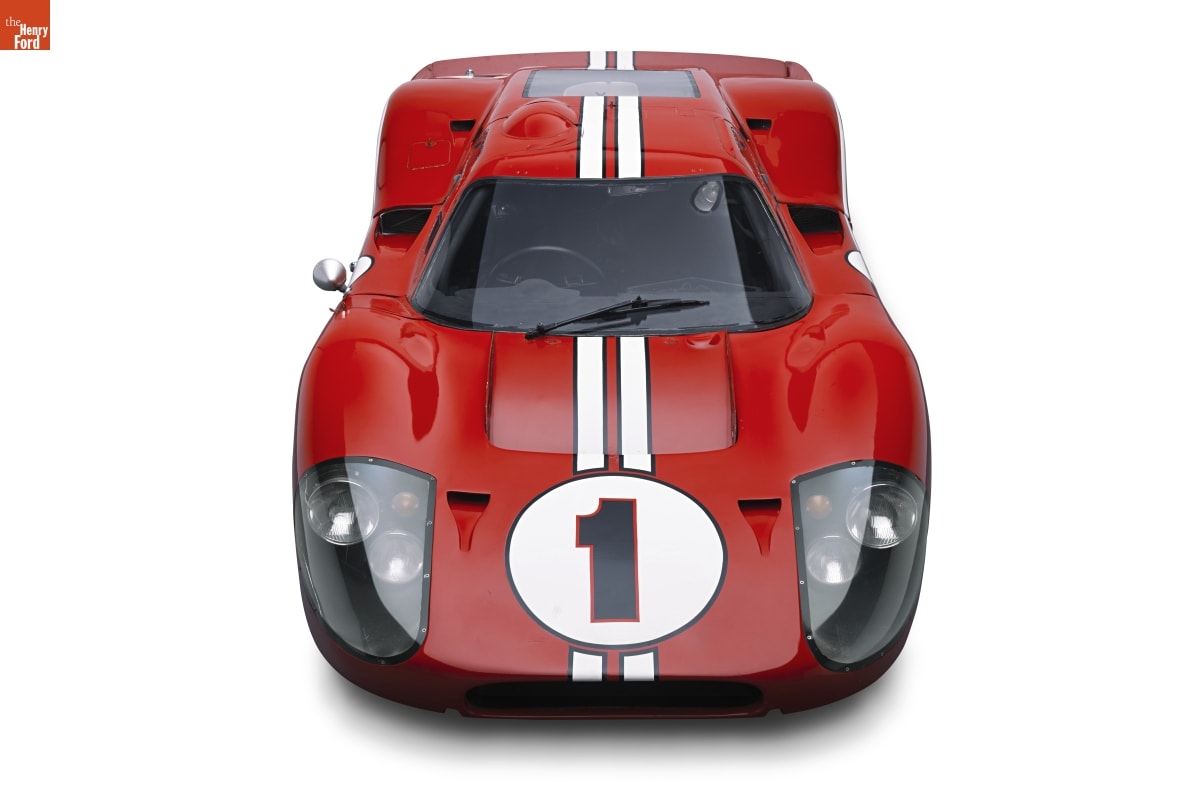 ​In 1960, Carroll Shelby retired from auto racing and turned his attention to designing and building high-performance automobiles. While the vehicles are re-engineered and adapted from models produced by other manufacturers, they are considered some of the most successful performance cars ever made.

Below is a bibliography of material in our holdings for reference use on Shelby Racing.  If you have any questions about the material please let us know.

Peter Bryant papers. Included in the collection are project information relating to buses, electric cars and bicycles, a catering truck, and wind and solar generators. Also included is information relating to Peter Bryant's racing interests including CanAm and Shelby racing vehicles. The oversize engineering drawings include drawings relating to Bryant's specially designed racing car, the Shadow as well as the Shelby Series 1 car. Also included here are drawings for a heavy duty truck, a Continental bus and a special GM Mid Trans Bus.

The Don "Sully" Sullivan papers come a former Ford Motor Company engineer, and contain approx. 47 cubic ft. of engineering drawings, notes, and internal documents covering primarily a period from the 1950s into the 1980s. The material is spread across 48 boxes. There are also a number of rolled drawings, four audio and two video reminiscences with Mr. Sullivan about his life and experiences with Henry Ford as well as his later extensive time with Ford Racing.

P. J. Gaughan was a product planning executive in the Central Product Planning Office (CPPO) in the mid 1950s and early 1960s. During this time, the CPPO assembled a large collection of photographs, taken at various auto shows, which were used by the Ford Motor Company Car Product Planning Department to analyze the styling of competitor cars between 1951 and 1967

Oral History and Digital Images, 2008.130 Interview with Carroll Shelby, August, 2008 (Reference/research use only)

Oral History and Digital Images, 2008.129 Interview with Dan Gurney, August, 2008 (Reference/research use only)

The tapes were created by Jon Hart for a television program he was producing. The finished programs are a series of video essays covering topics like automobile museums and their collections, club meets and shows, rallies, racing, and auctions. Also included are interviews with automobile designers, builders and historians. The tapes include raw footage and completed programs. Topics covered include: racing at Elkhart Lake, Watkins Glen, and the Bahamas Grand Prix; car shows at Meadowbrook and other locations; and specific subjects like the Shelby Cobra. The dates range from 1986 to 1993. (Reference/research use only)

Inside Shelby American: Wrenching and Racing with Carroll Shelby in the 1960s by John Morton

Ford GT: The Legend Comes to Life by Larry Edsall

Shelby’s Wildlife: The Cobras and Mustangs by Wallace A. Wyss

Go Like Hell: Ford, Ferrari, and Their Battle for Speed and Glory at Le Mans by A.J. Baime