Q. Do you have any information on Liberty Engines? 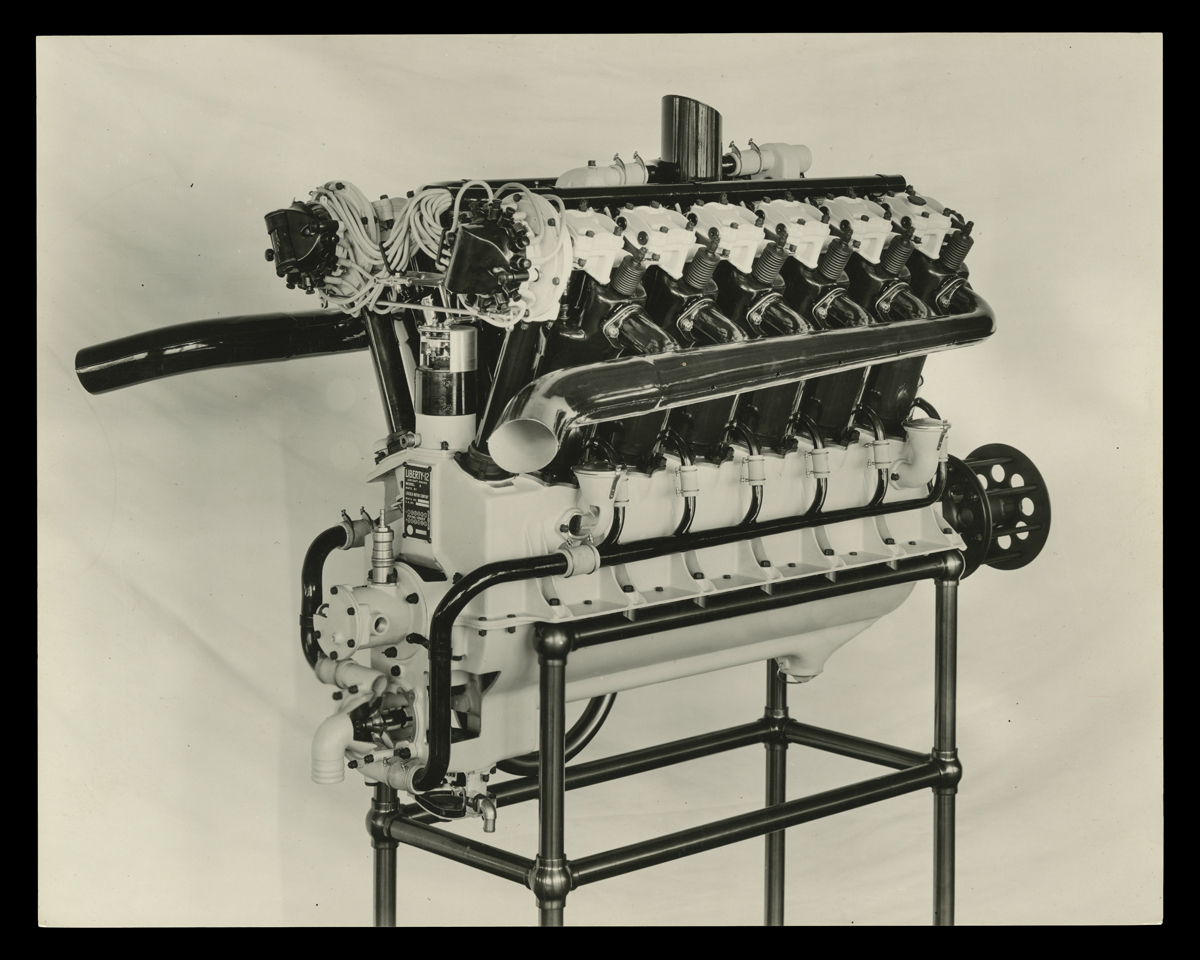 WWI Liberty Engines were used mainly in De Havilland DH-4 airplanes and were developed by Elbert Hall and Jesse Vincent along with engineers from Packard Motor Company. The design was finalized during 1917 and early 1918 and was ready for production by mid-1918. The engines were manufactured by five automotive companies: Packard made 6,500, Lincoln made 6,500, General Motors (Cadillac and Buick) made 2,528, Nordyke and Marmon made 1,000, and Ford Motor Company made 3,950.

Before building the full engines, Ford produced cylinders for the Liberty Engines and were contracted for around 700,000, delivering 415,377 before Armistice. Ford improved the original process making them out of steel tubing instead of boring them out of steel to make them more efficiently and cheaper, cutting the cost from $24 to $8.25. Ford was asked by the government to make all the Liberty cylinders for manufacturers producing the engines. 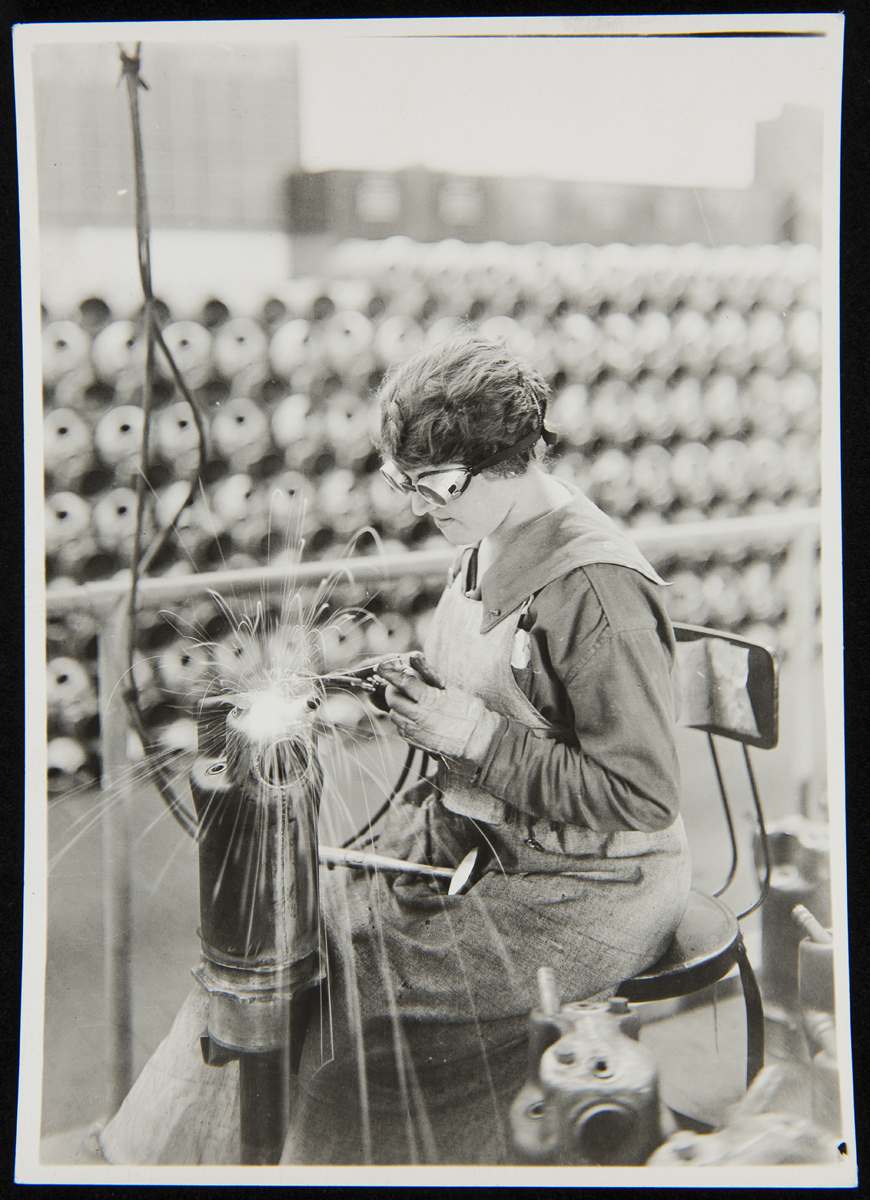 The factories, short on men during war, employed women to work on the engines as well, unlike before the war when they kept female labor to a minimum.  It was said manufacturers preferred women in some of the work as they were more detail oriented and better suited to delicate work requiring a fine touch. Ford Motor Company, who at the time employed almost no women at all, began hiring women in August of 1918. By the time armistice was signed in November they had employed 500 women from one time to another in the factories. The women worked mainly in inspection but also in assembly, for example 150 women worked on piston manufacturing at one time. From the extant photos, Lincoln Motor Company appeared to have hired even more women, putting them to work at everything from gauging pistons and valves to welding to inspection. 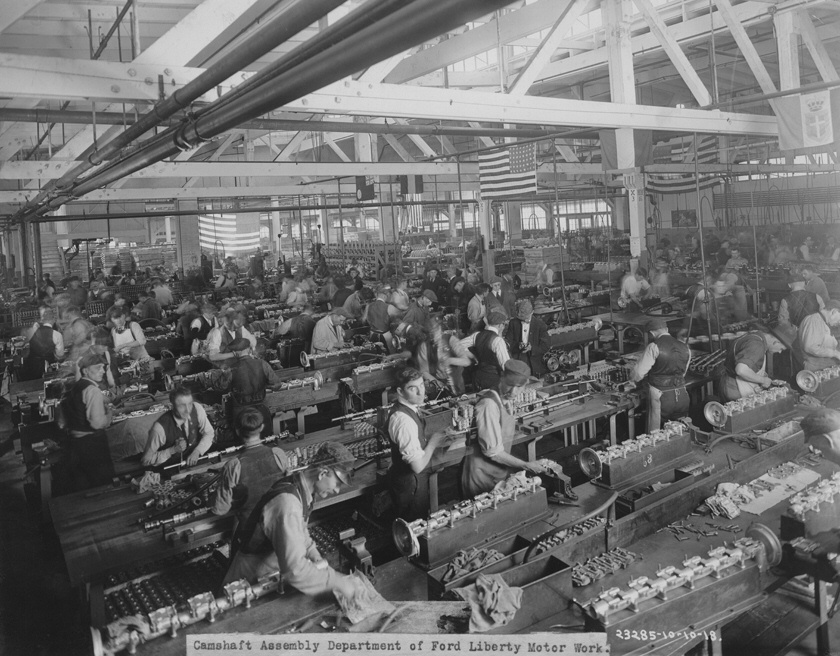 The Ford original contract, signed November 22, 1917, called for 5,000 engines. Ford had to set up new tooling and new machines as they were only able to use about 420 of the machines they used in automotive production. With materials hard to come by during the war, the company only ended up making 3,950 engines by November 1918. However, according to Ford’s secretary Ernest Liebold, Ford engines were said to be highly sought after by pilots, so much so that the Government asked Ford to take their logo off the engines, a request Ford promptly denied.

To destroy our Teutonic foes: The Lincoln Motor company and the manufacture of the
Liberty aircraft motor. Mark Tierney
621.4 L736 T564 2001 OS