Q. Do you have any information on the Ford Homes Historical District here in Dearborn? 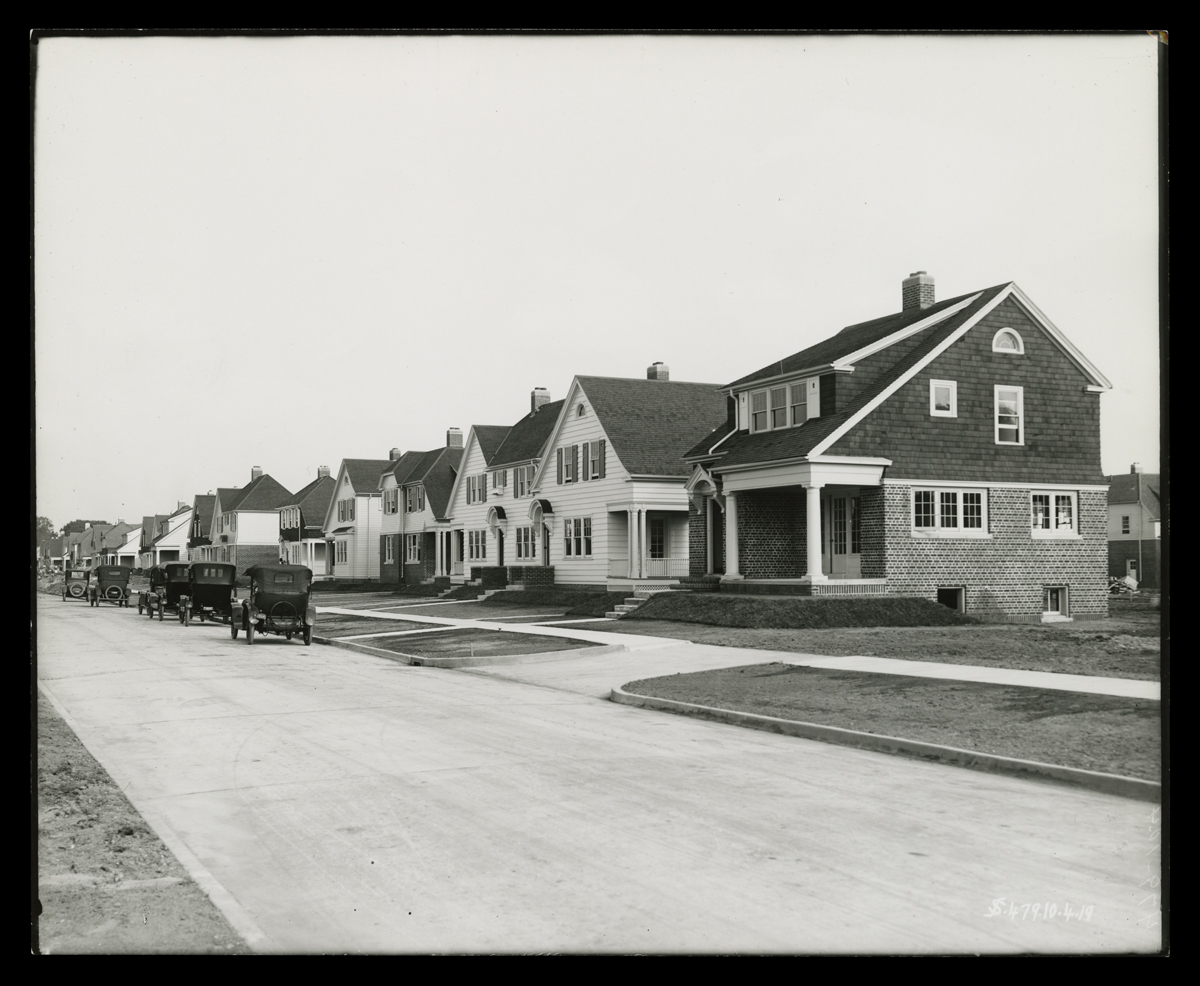 The Ford Homes Historic District was originally part of the J.B. Molony subdivision in Dearborn, MI. Henry Ford bought most of the land after he built his Henry Ford and Son tractor plant, where the Ford Engineering Laboratory now stands, and realized the housing situation for his workers was rather poor. There was little housing available in the then quite rural Dearborn and the few houses that were for rent were too expensive. Most of the workers at the tractor plant lived in Detroit and had to commute about half an hour each way via street car. The neighborhood was not planned to be a company town, or company housing, Henry Ford bought the land, but did not want to be involved in building and selling the housing.

On January 10, 1919 the Dearborn Realty & Construction Company was founded with Ford’s secretary Ernest Liebold as president, Edsel Ford as vice-president, and L.R. McLaughlin as secretary-treasurer. According to an April 11, 1919 Detroit Journal article written by Liebold “the object is to furnish to the employees a modern type of house, well equipped and tastefully designed, and thus lay the foundations for a large city which Dearborn is confidently expected to become.” The houses were designed by Ford architect Albert Wood, who drew up six different models, A-F. The houses were placed at varying distances from the curb and the models were interspersed to avoid uniformity. Each house included a living room, dining room, kitchen, three bedrooms (some later models had four), bathroom, and porch. 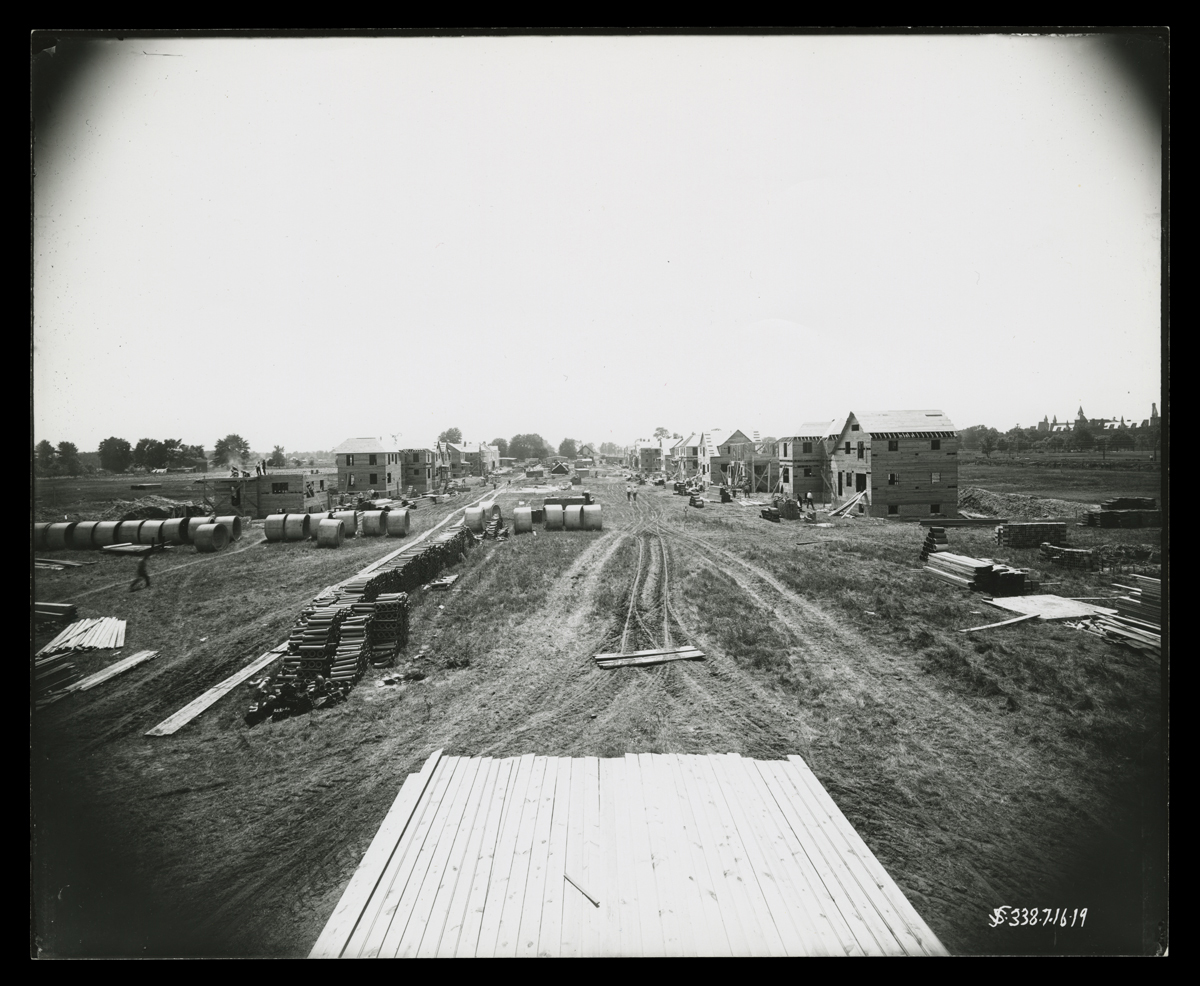 The first 94 houses went up between May and October 1919 on Park and Nona, 156 more were built between 1920-1921 on Beech, Edison, Francis, Gregory, and Military. The Dearborn Realty & Construction Company built the houses using the production method instead of craftsmen building the house from start to finish, the company had specialized crews come in to complete each task and then move to the next house. A crew would dig out the basement, the next would add the foundation, then another team would put up the frame and so on. The company hired Ford Motor Company workers whenever possible to work on the crews, as Ford believed men should get out of the factory for part of the year and could use their skills from the job in other areas.

In 1919 the houses ranged in price from $6,750-&7,750 (a little more than the original plan which was $4,500-$5,500) the next year saw an increase in price to $8,750-$9,550. Purchasers bought the houses directly from the Dearborn Realty & Construction Company, no banks were involved. Monthly payments were 6% of the total cost of the house for the first five years and at the end of five years had to total half the house cost. There were other stipulations to buying these homes, buyers could not sell the houses for seven years after purchase and the Dearborn Realty & Construction Company could buy back any house within that time if the owners were deemed undesirable (apparently this only happened once when it was found one homeowner was brewing wine in their basement).

Unlike earlier Ford housing plans for Fordson Village, the Dearborn Realty & Construction Company did not focus on community amenities such as parks, community gathering places, stores, etc. but more on creating modern conveniences in the houses such as underground electric lines, telephones in houses, optional garages, and up to date bathrooms and kitchens. However, a school, Southwestern (now Duvall), was built in September 1921 offering grades K-12 until 1931, when Edison School opened, and then just K-4. The school added more classrooms over 1947-1950 and in 1957 expanded to add more classrooms, a gym, and a library. 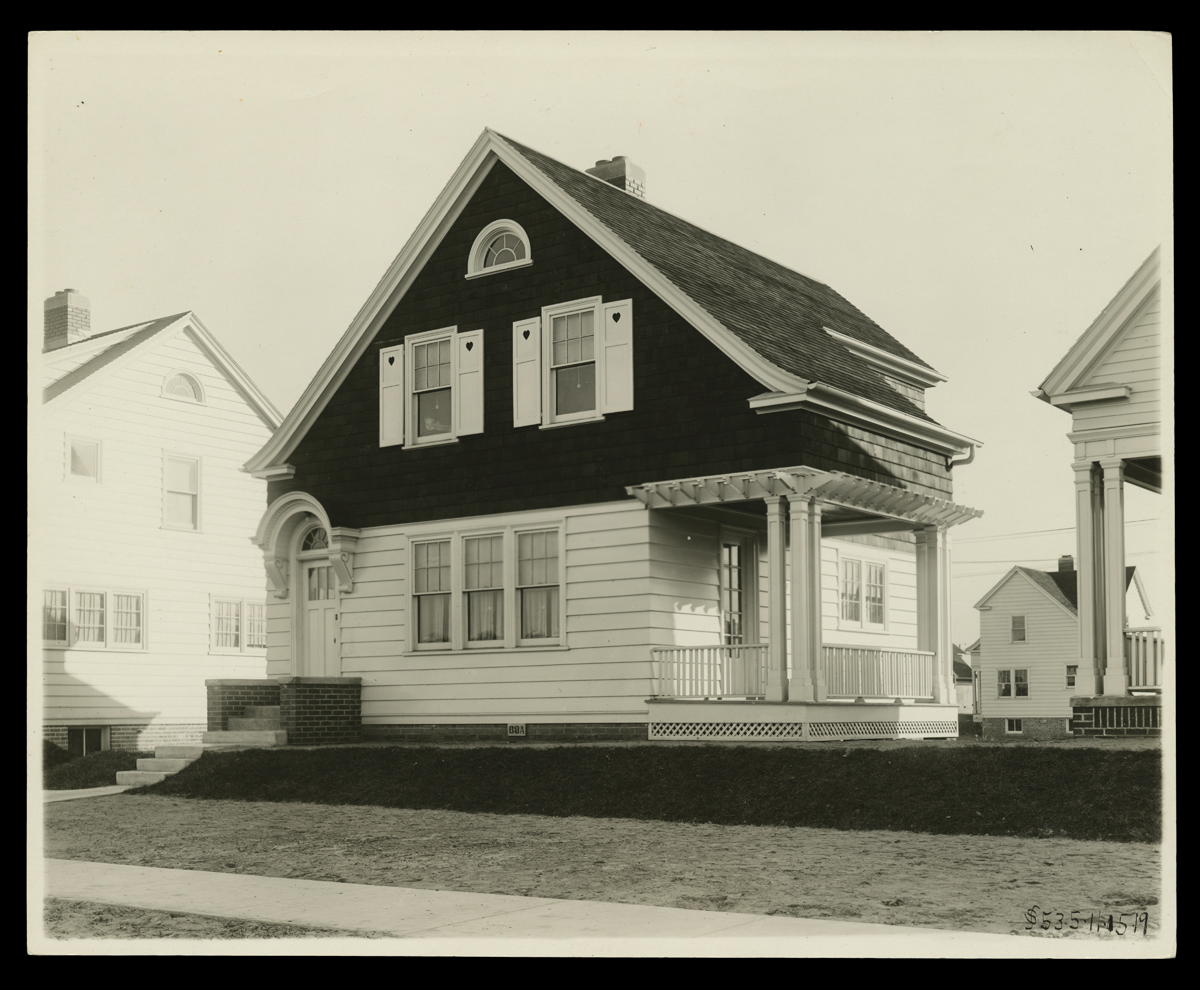 The first houses built in 1919 sold faster than they were built but after that purchasing slowed. The houses were built with the Henry Ford and Son tractor plant employees in mind, but with the post-war agricultural recession, tractor sales were down, and operations moved to the Rouge by 1921. The commute from the Ford homes to the Rouge was too long for many tractor employees as many did not have cars at that time, and fewer employees were interested in living in the area. As a result the full number of planned homes were never built and the company found it difficult to fill all the homes that were built. Despite this, the company eventually posted a profit and continued in other realty ventures until they dissolved in 1943.